Learn more about your benefits and COVID-19

Cancelation of Coverage: The “Fix” 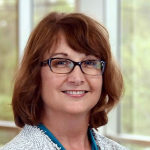 With the rollout of mandated changes to health plans beginning in January, many consumers found themselves receiving letters explaining that their coverage would be canceled and need to be replaced with a qualified health plan.  For employer sponsored plans, this change would be automatic and would not happen until their plan renews in 2014.  However for some with individual insurance, they are being forced to shop for new coverage or be faced with no insurance.   This situation led President Obama to announce on November 14th a potential “fix”.  His offer was to allow insurance companies to continue allowing the pre-ACA compliant plans for an additional year.

Individuals may not in reality have any new opportunities available to them. If it made sense for them to “early renew” their plan for December 1st they should probably still do so.

Geralyn is committed to ensuring that Business Benefits’ legacy of excellence and dedication to the employer community continues for many years to come. She is well respected within the community for her research and understanding of changing industry laws and how they impact employers and their employees. Read More